Ancient Goddesses of Love and Fertility

These are goddesses of love, beauty (or attraction), promiscuity, fecundity, magic, and an association with death. Personifying abstract powers, gods and goddesses are held responsible for many of the mysteries of life. One of the most important mysteries to humanity is that of birth. Fertility and sexual attraction are key elements in the survival of a family or race. The very complex feeling we shorthand as lovemakes humans bond with each other. Ancient societies revered the goddesses held responsible for these gifts. Some of these love goddesses seem the same across national borders—with just a name change.01of 09

Aphrodite was the Greek goddess of love and beauty. In the story of the Trojan War, the Trojan Paris awarded Aphrodite the apple of discord after judging her to be the most beautiful of the goddesses. She then sided with the Trojans throughout the war. Aphrodite was married to the ugliest of the gods, the limp smithy Hephaestus. She had many affairs with men, both human and divine. Eros, Anteros, Hymenaios, and Aeneas are some of her children. Aglaea (Splendor), Euphrosyne (Mirth), and Thalia (Good Cheer), known collectively as The Graces, followed in the retinue of Aphrodite.

Ishtar, the Babylonian goddess of love, procreation, and war, was the daughter and consort of the air god Anu. She was known for destroying her lovers, including a lion, stallion, and shepherd. When the love of her life, the farm god Tammuz, died, she followed him to the Underworld, but she was unable to retrieve him. Ishtar was the heir to the Sumerian goddess Inanna but was more promiscuous. She is called the Cow of Sin (a moon god). She was the wife of a human king, Sargon of Agade.

“In From Ishtar to Aphrodite,” Miroslav Marcovich; Journal of Aesthetic Education, Vol. 30, No. 2, (Summer, 1996), pp. 43-59, Marcovich argues that since Ishtar was the wife of an Assyrian king and since warfare was the main occupation of such kings, Ishtar felt it was his marital duty to become a war goddess, so she went with her husband on his military adventures to assure their success.Marcovich also argues that Ishtar is​ queen of heaven and associated with the planet Venus.03of 09

Inanna was the oldest of the love goddess of the Mesopotamian region. She was a Sumerian goddess of love and war. Although she is regarded as a virgin, Inanna is a goddess responsible for sexual love, procreation, and fertility. She gave herself to the first mythological king of Sumer, Dumuzi. She was worshiped from the third millennium B.C. and was still worshiped in the 6th century as a goddess driving a 7-lion chariot.

Ashtart or Astarte is a Semitic goddess of sexual love, maternity , and fertility, consort of El at Ugarit. In Babylonia, Syria, Phoenicia, and elsewhere, it used to be thought that her priestesses were sacred prostitutes.

“Recent research on the institution of sacred prostitution, however, shows that this practice did not exist at all in the ancient Mediterranean or Near East.19 The concept of selling sex for the profit of a deity was invented by Herodotos in Book 1.199 of his Histories….”

Ashtart’s son is Tamuz, whom she suckles in artistic representations. She is also a war goddess and is associated with leopards or lions. Sometimes she is two-horned.

There has been what is called “interpretatio syncretism” or one-to-one correspondence between Ashtart and Aphrodite, according to Budin.05of 09

Venus was the Roman goddess of love and beauty. Usually equated with the Greek goddess Aphrodite, Venus was originally an Italic goddess of vegetation and patron of gardens. The daughter of Jupiter, her son was Cupid.

Venus was a goddess of chastity, although her love affairs were patterned after Aphrodite’s, and included a marriage to Vulcan and an affair with Mars. She was associated with the arrival of spring and bringer of joy for humans and gods. In the story of Cupid and Psyche, from “The Golden Ass,” by Apuleius, Venus sends her daughter-in-law to the Underworld to bring back a beauty ointment.06of 09

Hathor is an Egyptian goddess who sometimes wears a sun disk with horns on her head and sometimes appears as a cow. She can destroy mankind but is also a patron of lovers and a goddess of childbirth. Hathor nursed the infant Horus when he was being hidden from Seth.07of 09

Isis, an Egyptian goddess of magic, fertility, and motherhood, was the daughter of the god Keb (Earth) and the goddess Nut (Sky). She was the sister and wife of Osiris. When her brother Seth killed her husband, Isis searched for his body and reassembled it, making her also a goddess of the dead. She impregnated herself with Osiris’ body and gave birth to Horus. Isis is often depicted wearing cow horns with a solar disk between them.08of 09

Freya was a beautiful Vanir Norse goddess of love, magic, and divination, who was called upon for help in matters of of love. Freya was the daughter of the god Njord, and the sister of Freyr. Freya herself was loved by men, giants, and dwarfs. By sleeping with four dwarfs she acquired the Brisings necklace. Freya travels on a gold-bristled boar, Hildisvini, or a chariot pulled by two cats.09of 09

Nügua was primarily a Chinese creator goddess, but after she populated the earth, she taught mankind how to procreate, so she wouldn’t have to do it for them. 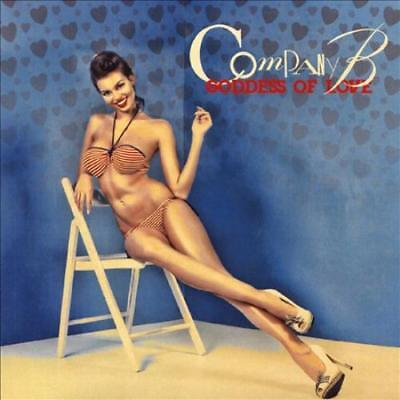