The Prophets: Who They Were, What They Are

What if all religious prophets are liars?

Religious prophets are people who claim to have heard directly from a deity or an emissary of a deity (like an angel).

After receiving the revelation from the deity, the prophet then, of course, attempts to convince everybody that he (or she) is not lying, crazy, or blaspheming (against the currently prevalent religious doctrine and/or version of deity).

In most cases, (per the prophet) the deity naturally also advises that those who refuse to believe the prophet will be “lost” and/or duly punished.

This all strikes me as not making much sense at all. Wouldn’t an omnipotent (that is, all-powerful) and omniscient (all-knowing) being use some form of “psychic broadcast” —perhaps a form of telepathy that would allow everyone to hear the deity’s words directly in their mind —to just convey the message directly to everybody at the same time? Another alternative might be a big booming voice in the sky…

Of course, if this were the case, then there would actually be some kind of evidence of the existence of the deity; and, rather than having to just take the word of some “prophet”, we would all know, wouldn’t we?

Here’s what we actually know: There is not one single piece of objectively-verifiable empirical evidence to support the existence of any deity, the supernatural, an afterlife, the soul, heaven, hell, purgatory, ghosts, spirits, demons, or angels. None.

All of this strongly suggests that what all of the so-called prophets claimed is simply not true.

Now, as to the question of whether prophets were lying or simply delusional—who knows, for sure?

The net result is the same—billions of people just believing in stuff for which there is no reliable supporting evidence. 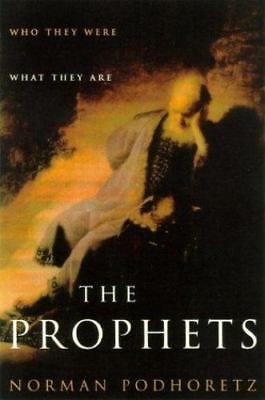 The Prophets: Who They Were, What They Are

Tagged as: atheism, Religion, the prophets