Here Are the Worst Side Effects of the Keto Diet

From the Keto “flu” to low libido, here’s how the diet can affect you.

It seems like everyone is praising the keto diet these days. But if you’re considering this diet, you’ll probably want to know about the side effects before you decide if it’s right for you.

The keto diet requires adhering to an extremely low-carb, high-fat diet in order to put your body into a metabolic state called ketosis. This makes your body more efficient at burning fat.

In recent weeks, the keto diet has been in the news because some experts say it can cause changes in libido.

“The ketogenic diet can definitely result in a drop in libido when starting the diet, as the dieter will be experiencing symptoms of carb withdrawal and potentially the keto flu,” noted Dr. Nancy P. Rahnama, a bariatric and internal medicine doctor based in California.

“Once the withdrawal and flu-like symptoms have passed, and the dieter has adapted to the lower-carb lifestyle, the libido will most likely reset and potentially be better than prior as a result of weight loss from the diet,” she said.

While the libido warning got a lot of notoriety in the media, actual research confirming this side effect was hard to come by.

“Overall, ketogenic research is limited,” said Stephanie McKercher, a Colorado-based registered dietitian and recipe developer at The Grateful Grazer. “We need more studies to fully understand all of the potential adverse effects of this diet.”

She pointed out that the diet was originally developed for a medical purpose to aid people with epilepsy.

However, there are some side effects, that are well known and that any aspiring keto dieter can get ready for.

Get ready for the keto flu

Most people already know about the keto flu, which can happen when you start the diet. It’s a result of the body adapting to the low-carb state. Lowering carb intake forces the body to burn ketones for energy instead of glucose. Once the body is in ketosis — burning fat instead of glucose — the keto diet is working. But you may not feel so great at first, hence the term keto flu.

Symptoms of the keto flu can include everything from headache, weakness, and irritability, to constipation, nausea, and vomiting.

“With the start of the keto diet, the body switches from using sugar as a source of energy to using the body’s stored fat,” Rahnama explained. “In the process of breaking down fat, the body produces ketones, which are then removed by the body through frequent and increased urination. This may lead to dehydration and flu-like symptoms, such as fatigue, dizziness, irritability, nausea, and muscle soreness.”

“With this frequent urination, there is also the inevitable loss of electrolytes, which can exacerbate these symptoms. In addition, as carbohydrates are a source of energy and stimulation, removal of this source of energy will result in increased sugar cravings, brain fog, [and] difficulty concentrating, much like most other withdrawal symptoms.”

For most people, the keto flu only lasts about a week.

Because the body can be low on electrolytes and fluid on top of the increased urination, that can lead to a loss of electrolytes such as sodium, magnesium, and potassium. This can make people prone to acute kidney injury.

“Dehydration is serious and may result in lightheadedness, kidney injury, or kidney stones,” she said.

This may put the dieter at risk of a cardiac arrhythmia, as electrolytes are necessary for the normal beating of the heart, Rahnama added.

“Electrolyte deficiencies are serious and may results in an irregular heartbeat, which can be deadly,” she added.

The keto diet can also lead to yo-yo dieting, because people have difficulty staying on the restrictive diet permanently.

That can have other negative effects on the body.

There are few long-term studies on the keto diet, which may be because it’s difficult to follow, so people aren’t staying on it for a long time.

“If trying to go keto causes you to yo-yo and go off and on diets, that has impacts related to weigh fluctuations and increased mortality risk,” added Sharon Palmer, a dietitian from California.

Then there are other effects that are not well studied, mostly because it’s hard to track dieters on a long-term basis to find out the lasting effects of the eating plan.

“We don’t know for sure the effects on blood cholesterol, some studies show increases, others show decreases, but we don’t know over the long-term because of a lack of research,” Palmer said.

“There is a fear among health experts that such high intakes of unhealthful fats would have a long-term negative effect,” she explained. Weight loss can often confuse the data in the short term. This is because when overweight people lose weight, regardless of how they do it, they often end up with better blood lipids and blood glucose levels.

The keto diet is also extremely low in certain fruits, vegetables, grains, and legumes that are generally thought of as healthy. Without these foods, people on the diet can miss out on fiber, certain vitamins, minerals, and phytochemicals that only come in these foods. That has significant human health impacts over the long term such as bone loss and increased risk of chronic diseases.

Is the keto diet for everyone?

Not all patients are appropriate candidates for the keto diet, especially those with chronic conditions such as high blood pressure, diabetes, or other conditions that may be the result of a previous diet, Rahnama noted.

She also pointed out that this diet can result in such a big change for many people’s metabolic and other bodily systems, that adhering to the diet may even change the effectiveness of a person’s medication.

Patients need to be evaluated and monitored by a physician when they start a keto diet due to the level of dietary restriction. They may need to begin electrolyte supplementation or change any daily medication dosages they take. Talking to your doctor before you begin is a smart idea.

Got the keto diet go-ahead? You’ll want to boost your water intake before you start.

“Some patients may need to supplement with sodium, as long as they do not have blood pressure issues. Some may even need prescription potassium supplementation,” Rahnama said, adding that she begins all keto diet patients on a magnesium supplement, as it’s an electrolyte that can be taken with low risk of overdose. She also said keto dieters may have to up their carb intake if they have continued issues with hydration.

“Keto is not a great long-term diet, as it is not a balanced diet,” Rahnama said. “A diet that is devoid of fruit and vegetables will result in long-term micronutrient deficiencies that can have other consequences.”

The keto diet can be used for short-term fat loss so long as the patient is medically supervised. But it’s not a permanent weight loss or maintenance solution, Rahnama said.

“The keto diet is a very successful way for rapid weight loss as long as it is done safely, you do not want to cause bigger problems in order to solve a smaller one,” she added. 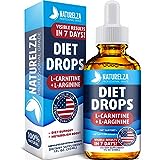